Why is USSC trying to increase immigration penalties?

Why is USSC trying to increase immigration penalties? 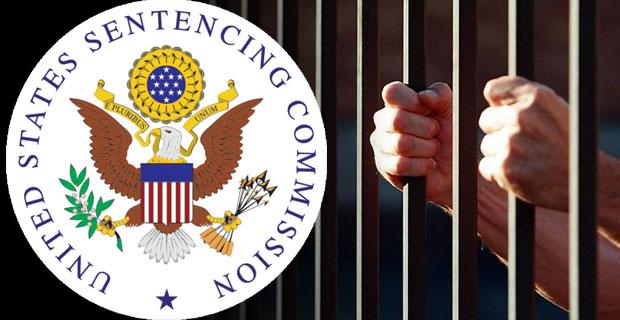 What is the USSC?

The United States Sentencing Commission (USSC) is a part of the judicial branch of the United States Government that focuses on creating fair sentencing guidelines for American courts.  When a judge goes to sentence someone after they are found guilty of committing a crime, the judge has full control over what the sentence is.  However, to promote fairness and equality, the USSC was created to produce guidelines.  This makes it so that two people who commit the same crime receive similar sentences, rather than one judge finding a crime more heinous than another and giving a harsher sentence.

Why is the USSC involved in immigration?

Immigration violations are a Federal crime, which means that they are tried in federal courts.  It is the job of the USSC to determine the sentencing guidelines for federal crimes, and therefore the USSC has a strong amount of influence when it comes to immigration law violations.  Because the USSC is a non-partisan organization, meaning that republican vs. democrat politics usually does not get in the way, the USSC is thought to be a fair organization.  Unfortunately, this does not mean that the organization does not make mistakes, nor is it always fair.

What changes does the USSC want to make?

The USSC has announced that it is looking into increasing the penalties for: Unlawful Entrance; Unlawfully Remaining in the United States; and Smuggling, Transporting, or Harboring an Unlawful Alien. The main issue with these changes comes from the fact that the penalties for violating these laws are already severe, and research has shown that increased penalties would do nothing other than burden the system.  The USSC initially proposed these changes in January, but they just recently allowed hearings and testimony from experts in the field regarding these changes.

What did the experts say?

Members of the Women’s Refugee Commission (WRC), Kids in Need of Defense (KIND), and the American Civil Liberties Union (ACLU) testified at these hearings, and their testimony followed the same general theme; these changes would destroy the American immigration system and take our economy down with it. Chris Rickerd from the American Civil Liberties Union testified that the current system of sentencing already poses a large impact both financially and societally, as we spend a fortune to imprison and take care of the immigrants who violate these laws.  The societal impact comes from the fact that the immigrants are forced to endure sub-standard living accommodations, and this damages the world view of our country. Further, Rickerd testified that there has been no evidence that sentencing guidelines have any deterrent effect on illegal immigration, meaning that we would be spending a large amount of money and destroying our already weakened reputation for no reason, as it would not change anything.

What can you do?

What is the SAFE program?

The SAFE program is a program we have put together to ensure that you are able to remain protected from immigration officials and law enforcement.  Through this program, you receive a printed ID card that can be used to deter law enforcement officials from trying to trick you into incriminating yourself.  The card helps to identify who you are, but it also makes it clear to law enforcement that you are represented by a lawyer, and that they cannot ask you any questions without your lawyer present.  To make this especially clear however, you should also take the opportunity to tell the officers that you reserve your right to remain silent until your attorney is present. On the back of the card is a list of your constitutional rights, which makes sure that you fully understand your rights and do not let police officers or immigration law enforcement officials infringe upon those rights.  Additionally, there is a 24 hour phone number that will direct you to our answering service so that you are always able to reach us and let us know what is going on.  If it is after hours you can leave a message with our answering service and we will get back to you the next business day.  Finally, you will receive a free 30 minute consultation once a year for every year that you are a member of the SAFE program.

What is the SECURE program?

The SECURE program is another program that we offer, and this program pertains mostly to cases in which you have already been detained by immigration officials.  When you are first detained, the duty falls to your family, as they would have to rapidly find you a reliable legal counsel.  Once this counsel was found, you would have to have several meetings with this person wherever you are being detained so that the attorney could have you fill out paperwork, sign forms, and things to that effect.  What the SECURE program does is strive to get all of that work done prior to you ever being detained.  This ensures that your family never has to scramble to make sure you are protected, and it makes sure that you get the strongest and most efficient representation possible.

With the SECURE program, you get the following:

The vote on these new sentencing guidelines is set to happen next month, so it is crucial that you do everything that you can in order to ensure that you and your family are protected.  The American immigration system is full of traps and problems, and the right representation can be the difference between you making it through this process, and you getting lost in the system.

At AML we help immigrants, one safe and secure process at a time!