What’s behind the drop in deportations?

What’s behind the drop in deportations? 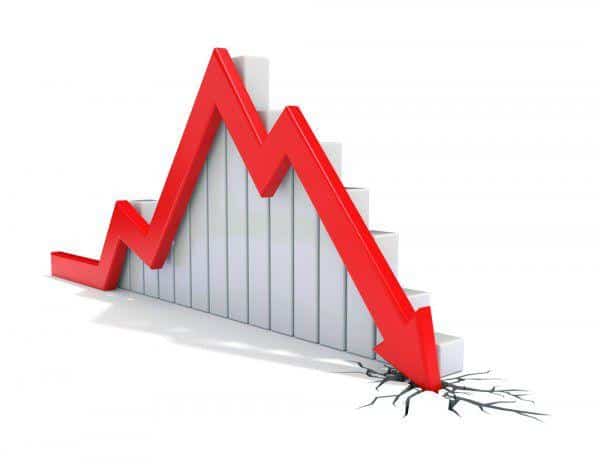 How big is the drop?

This last year our nation saw the fewest deportations in a very long time, and this has many people wondering what is going on. First of all, the number of criminal cases brought against those believed to have committed immigration violations decreased by 22.3 percent last year.  This means that 22.3% less people were brought before immigration courts and accused of breaking the law last year.  Also, the number of deportations decreased from 315,943 to 235,413, a drop of almost 25 percent.

Before I continue with talking about why this number has dropped, let’s take a minute to celebrate the fact that it has dropped.  25% less people were separated from the lives they had built in the United States, and 22% less people had to face a system that almost always seems to be against them.  This is an amazing thing, as under president Obama we have seen the largest increase in deportations of any president ever, and that era seems to finally be at an end.

Why is it dropping?

Now let’s address the burning question, is ICE becoming lazy, or are they actually refining how they deport people so that they only deport the criminals? The answer is, neither.  What is actually happening is a decrease in the number of immigrants coming into the United States resulting in a drop of the number of immigrants getting caught and therefore a drop in the number getting deported. In 2015, 337,117 unauthorized immigrants were detained at the border, whereas 486,651 were detained in 2014.  This is a 31 percent drop, which shows us something very interesting about the immigration situation in our nation. CBP would like to have you believe that it is their efforts at the border that are slowing the flow of immigrants, but let’s be honest; CBP hasn’t changed much in the past couple of years. What’s really causing this change is that not as many people are trying to come to the United States.

There are of course still people coming to the United States.  It is estimated the illegal immigrant population in the United States has decreased by more than one million since 2008. This means that there are less people out there who can be deported, so it is only logical that the number of deportations would drop.  However, this is not the final solution to the problem.  Because there are less people to deport, if you are an undocumented immigrant living in the United States, you are in more danger of being deported. That is why we at Andres Mejer Law recommend that you look into the path to legal status as soon as possible.

What can we do to help you?

We have several resources on our website, and we also offer a few programs that will ensure that you are properly protected from deportation, and that you are able to look into a path towards legal status.  The first thing we offer is our quick and easy legal status questionnaire.  Simply fill out the questionnaire offered on the left hand side of this page, and find out if you qualify for legal status. Or you can go do www.QualifyForLegalStatus.com if you do qualify for legal status, I would recommend contacting a member of our staff and finding out what you can do to start down the path towards legal status.  If you do not qualify for legal status, or if you simply want to protect yourself from ICE, I would recommend looking into our SAFE and SECURE programs.  These two programs help ensure that you are properly protected in the event of a run in with immigration enforcement officials.

The first program we offer is our SAFE program. The purpose of this program is to minimize your chances of being arrested for any crime or immigration violation. What we do create an ID card that you can keep with you at all times and present to an officer if you are ever stopped.  All you have to do is present the card to the officer and inform them that you will not answer any questions without your lawyer present. The ID card makes it clear to the police officer that you are legally represented and know your rights.  On the back of the ID card is a list of some of your constitutional rights, as well as 24/7 phone number that is manned by an answering service. When you purchase this package you also receive a 30-minute consultation with one of our knowledgeable staff members every year, free of charge.

We also have a program called the SECURE program, which applies specifically to immigration issues.  When you are first detained by immigration, your family normally would need to scramble to find you legal representation.  Once a lawyer has been found for you, there will be multiple trips to the detention center to fill out paperwork, sign forms, and give information to the lawyer.  What our SECURE program does, is make sure that all of that is taken care of before you are detained.  We will run a background check in order to make sure we know anything ICE knows, and make sure that we can be as efficient as possible in getting you out of ICE custody as soon as we can.

With the Secure program you get:

If you are interested in any of these programs, please reach out to us and let us know so that we can get everything in order and start protecting you as soon as possible. Don’t become another victim of the American Immigration system.  Find out what you qualify for today.  Get started on your path to becoming Safe and Secure.  Don’t wait until the police or immigration find you.  You will get much better results, and it will be cheaper and easier, if you start the process before becoming detained.  Your family will thank you for it.

At AML we make immigrants Safe and Secure, one petition at a time.