The MYTH that all Immigrants are Criminals

The MYTH that all Immigrants are Criminals 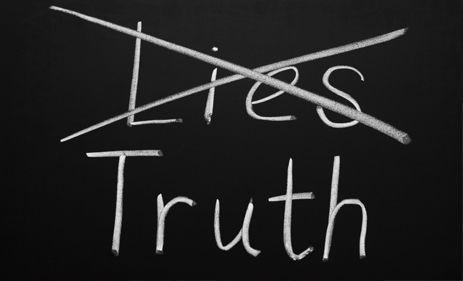 “Illegals” overwhelmingly come to the U.S. to work or be reunited with family already here. They would prefer to come to the U.S. legally, but our legal system doesn’t allow it. Their only remaining choice is to make the expensive, dangerous, and difficult decision to come “illegally,” because it is the only way they judge to provide a better future for their families. Overwhelmingly, these people are as afar from hardened criminals as you can get. ICE’s statistics show us that the overwhelming majority of deportations are for non-violent offenders, you can read the article by clicking here. But you wouldn’t know that from the rhetoric we too often hear from the political right.

Take for example, the Myth of the “Otherwise Law-Abiding” Illegal Alien, prepared by the Center for Immigrant Studies. They extensively list every conceivable law an undocumented immigrant might break in coming to live and work in the U.S., without permission. The report shows a shallow and superficial understanding of criminality and how immigrants come to be “criminals.” It fails to recognize how new categories of criminality are applied only to immigrants. For example, both undocumented and green card holders are subject to deportation if they have been convicted of an aggravated felony. In 1996, The Illegal Immigration Reform and Immigrant Responsibility Act significantly changed and increased the crimes considered an aggravated felony. Since 1996, an “aggravated felony” is different for immigrants than native-born Americans. For an immigrant, an aggravated felony need not really be aggravated or even a felony. Instead, it includes many nonviolent and relatively minor offenses such as filing a false tax return or shopliftingneither of which would be considered an aggravated felony for citizens.

Neither illegal entry (at best a misdemeanor) nor illegal re-entry (coming back to the US without authorization) are violent or threatening. The vast majority of deported immigrants are non-violent immigration violators. Studies have shown that immigrants are incarcerated at a far lower rate than native born Americans. They are not “criminals.” They haven’t committed crimes of violence or property. They are not threats to public safety or national security.

Most importantly, the report offers no practical or realistic approach to dealing with the 11 million unauthorized men, women, and children living in the U.S. Certainly some will self-deport to be with their families, but that isn’t a solution. Neither are we likely to mass deport all of them. So this leaves the practical question of what to do? How many law enforcement resources should be focused on non-criminals? What are we as a society looking to achieve by doing so?

The most realistic solution is to provide a vehicle whereby unauthorized immigrants can earn legal status through immigration reform. It is far more practical than trying to track down every non-citizen who has ever broken a law and deport them. We can debate the details of such a program, but simply labeling immigrants criminals and writing them off may make a good sound bite, but it doesn’t solve the problem.