What Is the Result of Not Having Birthright Citizenship? 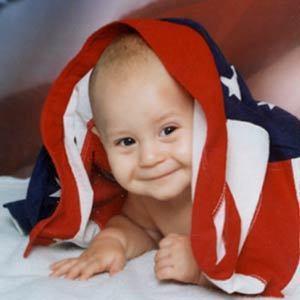 The concept of Jus Soli, meaning “right of the soil,” or what we refer to as birthright citizenship, is not a strictly American concept. It is the predominant rule in the Americas, meaning Canada, Mexico, and South America.  It is less common in Europe but countries like Great Britain and Australia (not in Europe) also offer it with some restrictions.  India had birthright citizenship, but abolished it as the population began rising. In total, 15% of the world’s nations currently grant birthright citizenship, while most grant bloodline citizenship, meaning if you are the child of two citizens then you are also a citizen regardless of where you were born.

In most countries without birthright citizenship problems occur.  In Germany for example, there is a substantial portion of the population that were born to Turkish laborers, and are now treated as second class citizens. While Germany has made an effort to change these laws, it has still resulted in a great deal of turmoil, and a great deal of suffering for those born in the country and not granted citizenship.  For nations with high immigration rates and no birthright citizenship there is a recipe for disaster because people are people.  They marry.  They have kids and want the best for their kids.

Let me give you an example of a client I had.  He was born in Saudi Arabia.  His father was an Austrian citizen born in Syria.  His mother was born a U.S. citizen but never lived in the U.S.  This child came down with a severe cancer, but treatable.  Saudi Arabia wouldn’t treat him because he wasn’t a citizen, despite being born and raised in the country.  They came to the U.S. on his father’s passport as a visa waiver country.  Which means he didn’t need to go to the U.S. embassy to request a visa.

He entered the U.S., and we filed an N-600, for a U.S. citizen born abroad.  We tied his citizenship to his grandmother, because his mother hadn’t lived long enough in the U.S. in order to confer citizenship on her son.  USCIS was kind enough to expedite the process and in six weeks he received his citizenship hand delivered to him by a USCIS officer.

A year later this child is a normal healthy boy.  He beat cancer.  Had he stayed in Saudi Arabia he would have died because of the lack of birthright citizenship. In America we are better than that.

Free Resources for You:

Not sure where to start?  We are here to help.

If You Need Answers Now