Why was my wife’s petition to adjust status in the U.S. denied?

Why was my wife’s petition to adjust status in the U.S. denied? 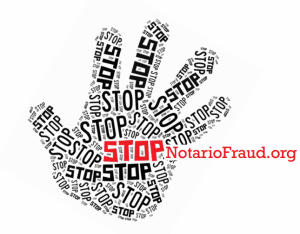 Just last week I was asked this very question.  A pastor referred his cousin to our office for a second opinion.  His relative lived out of state.  After just a few minutes, it was clear that the relative was a victim of the incompetence of a non-attorney representative or notario.

Here are the facts

Father has a U.S. citizen Son over 21 years old from a prior marriage.  Father remarried Wife outside the U.S. and they had a Daughter.  Father’s Son applied only for him and he received his green card in 2011.  Father came to the U.S. as a lawful permanent resident and his Wife and Daughter came as tourists and overstayed.  Upon entering the U.S., Father filed for his Wife and Daughter’s green card and adjustment of status.  The initial petition was approved and they waited until a visa was available to adjust their status.  In March of 2014 they were interviewed and were initially approved.  Three weeks later they received a denial in the mail and they were understandably confused.  They called the notario who helped Father file all of these applications and were told to just file them again, these things happen. They were angre and called Andres Mejer Law for a second opinion.

Here is the problem

Wife and Daughter are not considered Father’s immediate relatives.  Father is a green card holder, not a U.S. citizen.  That means Wife and Daughter don’t qualify to adjust their status in the U.S.  They can only do consular processing.  Wife has now accrued unlawful presence of over a year.  So if she leaves the U.S. she will be subject a 10 year bar.  She could file for the unlawful presence waiver, but since Father is only a green card she can’t file for the provisional unlawful presence waiver (otherwise known as the states side waiver).  She will be separated from Father and Daughter for many months.  She can be placed in removal hearings.  Daughter’s situation is different.  Since she is still a minor she hasn’t accrued unlawful presence.  When she leaves the U.S. to consular process she wouldn’t be subject to the 3 or 10 year bar and she could return to the U.S. after only a shor tipe as a lawful permanent resident (green card holder).

This situation could’ve been avoided.  Both Wife and Daughter could’ve already been in the U.S. as green card holder, if Father had competent advice.  The notario caused this family a lot of harm, thousands of dollars in unnecessary fees, and years of angst.  Stay tune tomorrow where I will discuss what should’ve happened.

If you have any questions on this or any other New Jersey immigration subject call our knowledgeable staff at 888-695-6169.