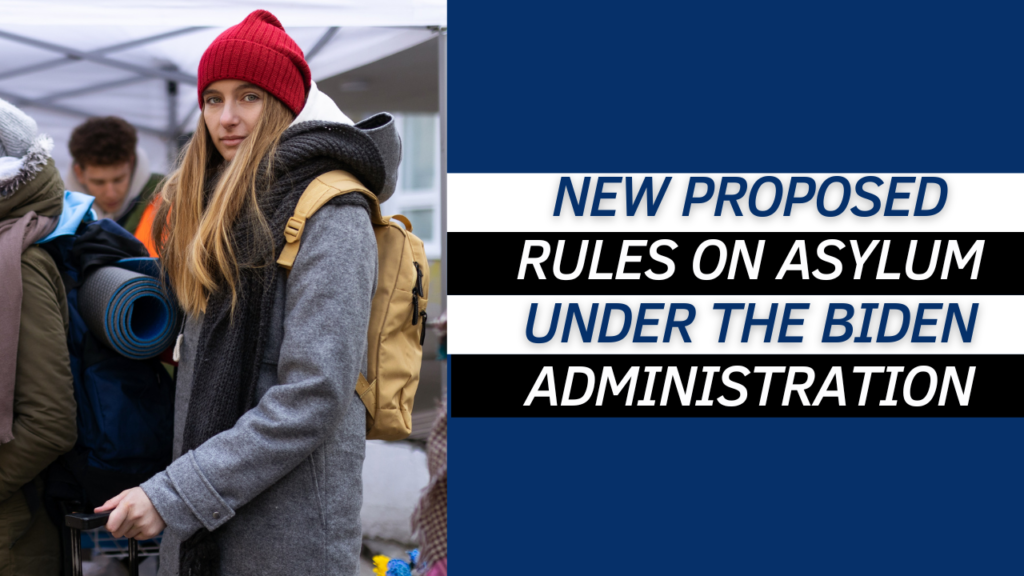 Are you aware that the Biden administration is implementing new asylum-processing policies? If not, then better stick until the end, for this might help you if you plan to seek asylum in the United States.

New Rules on the Asylum System under the Biden Administration

The proposed new rules on the asylum system under the Biden administration are a game-changer to the immigration system. It aims to follow a straightforward manner to improve the effectiveness and timeliness of border case management.

The Department of Homeland Security (DHS) thinks that these reforms will help to clear the mountain of case backlogs and make seeking protection or humanitarian relief more accessible to people.

Prior to the change Asylum officers could also decide, you guessed it, Asylum cases. But there are other “Asylum” cases that an Immigration Judge can consider.  Those include Withholding of Removal and relief under the Convention Against Torture.  The new policy would allow Asylum officers to also consider those two additional forms of relief.

The “straightforward” cases would be granted early.  Theoretically, this means fewer cases should be going to the Immigration Courts.

Policy Change #2: Granting of Asylum Application may Happen Within Months Rather than Years.

You need to first know what a credible fear interview is. When you present yourself at the border or are apprehended by CBP/ICE and express fear of persecution or torture if you return to your home country, you will have a Credible Fear Interview.  An asylum officer will conduct the interview and decide if there is a “significant possibility” that:

Under the new rule, which was announced in late March, asylum seekers who pass a “credible fear interview” will no longer be sent directly to immigration court, where they are required to file an asylum application in English to seek asylum in front of a judge.

Instead, they will first be sent for a second interview known as an “Asylum Merits Interview,” where their credible fear interview will count as their asylum application.

The Asylum Merits Interview is supposed to occur 21 to 45 days after the credible fear interview. If the asylum officer approves the case, the person’s case is over and they achieved in months what would have taken years in the court system.

When you are put under AMI, the asylum officer will consider all of the factors in your situation, including your positive credible fear interview, to determine if you are eligible for asylum.

If the Asylum officer denies asylum, the matter will be sent to immigration court for an “expedited” process which is supposed to resolve the case in two to four months maximum.

Seeking Asylum? Get help from our New Jersey Immigration Attorney!

If you are seeking asylum, it would be beneficial for you to seek the assistance of a competent and dedicated immigration lawyer like us at Andres Mejer Law, as there may be unanticipated changes in the immigration system that you have to keep up with.

The new final rule for DACA will codify and fortify the program, originally enacted only through an executive order END_OF_DOCUMENT_TOKEN_TO_BE_REPLACED