Why is the Republican majority silent? Why are candidates ignoring the will of the people?

Why is the Republican majority silent? Why are candidates ignoring the will of the people? 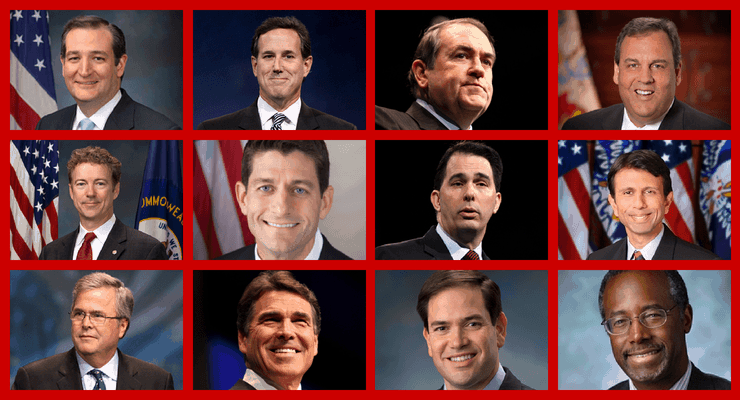 So what exactly are the American people saying? Currently, 72 percent of Americans say that undocumented immigrants in the United States should be allowed to stay, assuming they meet certain criteria. This 72 percent is made up by 80% of the Democrats, 76% of the Independents, and 56% of the Republicans. Now, that last number is very important. 56% of American Republicans say they are in favor of some kind of reform, which means that a majority of them agree. We live in a democratic society where a majority rules; so therefore, if a majority of the Republican Party wants undocumented immigrants to be allowed to stay, then the party as a whole should campaign for that.

What direction does the Republican platform seem to be heading?

With all of the recent media coverage of the upcoming election, there has been a lot of talk about deportation, but little discussion of meaningful reform. Many American citizens feel as though the Republican Party candidates are ignoring the wishes of a majority of the American public. The GOP platform seems to be headed in a whole different direction though. The GOP candidates have announced that while they are in favor of a path to legal citizenship, they still support the deportation of illegal immigrants. Further, many of them make sure that when they say they are in support of a path to legal citizenship, they add in the phrase, for those who came to this country legally. We also commonly hear the GOP candidates saying that immigration places a drain on our society. Meanwhile, 73% of Americans say that they feel that immigration is a benefit to our society. The GOP candidates are focused on a non-representative group of citizens, the primary voters. These hard core individuals disproportionately show up to vote in the primaries. Despite polls showing 73% of Americans think immigration is a good thing, GOP candidates are listening to the other 27% who vote in the primaries at a higher percentage and want to deport everyone and everything. The solution seems simple. Make America work. Get more voters to go to the primaries and let their vote be counted.

Need help with immigration or naturalization but don’t know where to start?

We help immigrants, one petition at a time!