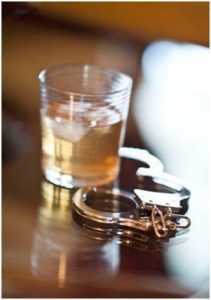 Alice was driving a friend a home, when she saw the police lights behind her.  She pulled over.  When the officer asked her if she had anything to drink she answered honestly that she had some.  Her friend was drunk and couldn’t drive.  She thought she was ok to drive.

What happend when Alice was stopped?

The officer told her to do the Field Sobriety Test.  Despite having an attorney for her prior DUI, she didn’t know she could have refused these test.  Alice is a diabetic and at almost 60 years of age she had zero chance of passing the sobriety tests. These tests are not your friends.  She should have refused.  She likely would have been arrested in any event, but she would have provided less evidence that the State can later use to convict her.

Alice was taken to the station and told to give a breath sample.  The Alcotest machine made several errors, but ultimately gave Alice a reading of .18 Blood Alcohol Content (BAC).  Anything over a .08 BAC in New Jersey and you are considered drunk.  This is a high reading, but it was almost certainly wrong.

Alice called Pedro, a friend and asked what attorney she should hire?  It turns out we had beat a DUI for Pedro the year before.  So he readily recommended Andres Mejer Law.  Alice promptly hired us.

What did Andres Mejer Law do?

The first thing we did is order the discovery.  We reviewed the video of the tests and compared it to the officer’s narrative.  Then we ordered her medical records and sent the entire package to a Doctor we use as an expert.

The expert, who is also an attorney, reviewed the material and concluded that almost without a doubt there was no way she could have completed the field sobriety tests.  He also felt that her condition contributed to a false reading of BAC because of the way alcohol is digested in her body due to her particular diabetes.  This isn’t to say that every diabetic gets a free pass on a DUI.  However, in Alice’s case it was impossible for the reading to be accurate.  Also, her symptoms can give the impression that she is under the influence when she isn’t.

In this case, the officer didn’t do anything wrong.  Because of the combination of her age and condition, Alice gave the impression that she was drunk, even if she wasn’t. She didn’t help her case by doing the sobriety tests.  You should never take those exams.  However, you must give a breath sample if requested.  Failure to do so is a separate offense.

What happend to Alice’s DUI?

Alice’s DUI was dismissed because it is the state’s burden to prove beyond a reasonable doubt that she was:

Free Resources for your DUI or Traffic Violation