You may finally be able to get a green card

You may finally be able to get a green card 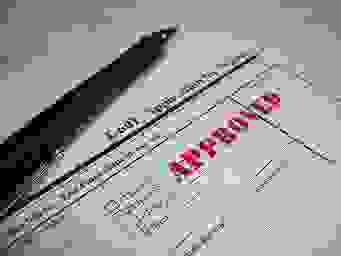 New Guidance for what is Extreme Hardship

In the past I have written extensively on the provisional unlawful presence waiver. I prefer the name State-Side Waiver since it clearly states its goal, to apply for a waiver inside the U.S. and before departing for your consular interview, but immigration didn’t take my advice. The point of most waivers is to overcome an inadmissibility to the U.S. and still achieve a green card. The standard for waiver is Extreme Hardship. In other articles, I have discussed

On November 20, 2014 President Obama announced a number of forthcoming changes to immigration policy. The most talked about is his Executive Actions on Deferred Action. In the past, I have advised that he also promised to provide clarity to the definition of Extreme Hardship. Well, now he is trying to do just that by issuing draft comments on the Extreme Hardship standard. This is not the final version. Only after the end of the comment period and after immigration reviews the comments, will a final version of the rules be issued.

What benefits do the Draft Comments on Extreme Hardship have?

The policy takes a number of theories and practices that have been addressed by the courts and puts it into one policy. The draft also expands on those principals and provides guidance to adjudicators on those standards:

What is the memo missing?

The memo unfortunately doesn’t provide circumstances where a presumption of Extreme Hardship is established. The special factors are a good first step, but they don’t go as far as what was promised in the November 20, 2014 memo. Circumstances showing a presumption would provide actual and constructive guidance for both the adjudicators and applicants. This would go a long way in avoiding the inconsistencies we as immigration attorneys have observed in how Extreme Hardship waivers are decided around the country. We hope that the final rules will include them.

USCIS is accepting comments until November 23, 2015. USCIS will then review the comments submitted and will issue the final guidance. In addition, there was a comment period that just ended for the expansion of the Provisional Unlawful Presence Waiver. We hope to see significant changes to both programs to the benefit of immigrants who want to get the green cards through this proves.

Free Resources for You

At AML we help immigrants, one petiton at a time!