Why does the House Complain about Immigration Enforcement?

Why does the House Complain about Immigration Enforcement? 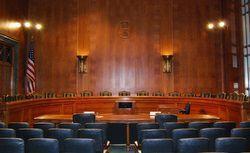 Last week, the House Judiciary committee held a hearing on “Enforcing the President’s Constitutional Duty to Faithfully Execute the Laws.” While it’s clear that the President has authority over implementing immigration laws, the Deferred Action for Childhood Arrivals (DACA) policy was frequently used as an example of presidential over reach.

The obvious question is why. Why is the House of Representatives debating how to enforce current broken immigration policies instead of considering legislation to improve them? Despite a growing demand from business (including 636 multi-industry leaders), faith, local governments and advocates across the nation, House members focused on the implementation of bad immigration law. They could, and should have, focused on ways to fix those laws. They could have asked how to improve the system? What legislation could best improve our economy, industries, or tax base? That at least would be an effective use of their time. In short, how can Congress do its job in a way that benefits our country? Either Congress doesn’t realize they have the authority to change these laws or it is purposefully trying to avoid doing so.

This hearing was intended to examine the President’s duty to execute the law. Well, with respect to immigration law, President Obama and his predecessor President Bush, have gone beyond faithfully enforcing immigration law to dramatically increase enforcement over the past decade. In the 2013 fiscal year, overall immigration enforcement continued at unprecedented levels:

With these numbers, can anyone honestly say Obama is not enforcing immigration laws? As a naturarlized citizen and immigration attorney, I know I am tired of the enforcement only approach to immigration. Most Americans agree with me. Obama has made some efforts, through prosecutorial discretion, to address the fundamental unfairnessof our system. But those efforts, are no replacement for the immigratioin reform our country desperately needs. It’s time for Congress to act!

If yoyu have any questions about our immigration laws callt to speak to our knowledgable staff at 888-695-6169.