What do the republican nominees say about immigration?

What do the republican nominees say about immigration? 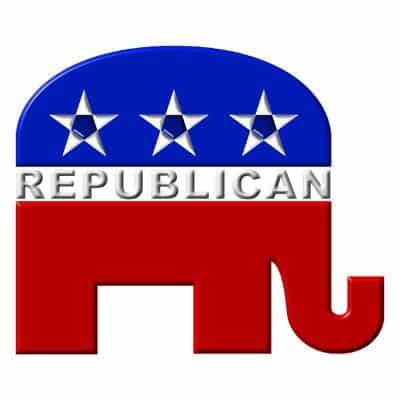 Marco Rubio – Senator from FloridaSenator Marco Rubio says that he supports creating a way for undocumented immigrants to obtain citizenship, but feels that enforcement needs to become stronger before this happens.  He is a member of the Gang of 8, a group of senators who wrote an immigration reform bill. He feels that when we reform the immigration system, we also need to secure the border, lower the amount of illegal workers, and limit visa overstays.  The system he says he will endorse is one where undocumented residents who have lived in the U.S. for more than a decade without criminal records would be able to apply for work permits after they have had their permit for a period of time they can apply for legal residency, and people with legal residency are ultimately able to apply for citizenship.Jeb Bush – Governor of Florida

Governor Jeb Bush has been strongly in favor of immigration reform, but not always in the best ways.  Many of his policies have show that he is more in favor of granting legal status than full citizenship.  At a talk in San Francisco, Jeb bush is quoted as saying, our national identity is not based on race or some kind of exclusionary belief.  Historically the unwritten contract has been: Come legally to this country, embrace our values, learn English, work, and you can be as American as anybody else.  Immigrants are an engine od economic vitality.  While on the surface this quote seems to show an understanding of the need for immigration when examined it reveals cause for some concern.  It automatically starts off with stating that the unwritten contract only applies to those who come here legally, and it then states that you can be as American as anyone else.  While this sounds nice, note the wording.  He does not say, be an American, showing that he may not support citizenship being granted.

Senator Lindsey Graham has been very outspoken on the topic of immigration, and is also a member of the previously mentioned Gang of 8.  One of the things that sets Graham apart from many other republicans is that he has spoken out against other republicans.  He has even gone so far as to call his own party delusional, and stresses the importance of fixing the problem rather than hoping it will just go away.  He is certainly a candidate to watch with regards to immigration, as his ideas could go a long way in potentially healing out nations immigration problem.

Former Governor Rick Perry has stated that he is in favor of in-state tuition for undocumented immigrants in Texas, but many of his other actions have shown a reluctance to accept immigration reform.  In 2014, there were rumors of a lawsuit against president Obama circulating, with Rick Perry at the center.  He was quoted as saying it’s a real possibility, when asked if Texas would consider a lawsuit as a result of the executive orders president Obama enacted.  As we now know, the lawsuit was filed and a Texas Judge has temporarily stopped the implementation of the President’s executive action.

Senator Ted Cruz is the son of a Cuban immigrant, and he states that fact as often as he can.  Unfortunately, it seems as that is his only favorable view of immigration.  The materials for his campaign do not mention immigration reform, but they do mention a quest to stop President Obama’s illegal and unconstitutional executive amnesty, referring to the executive actions that have made headlines for months.

Senator Rand Paul has traditionally voted against immigration reform, but now that election season is coming up, he has begun to express more relaxed views of immigration.  One of the major changes in his policy is that he has stated that he is in favor of legal status for the immigrants who are already in the United States, but he wants to secure the border first. This is his way of saying that he does not want more immigrants to enter the country and take advantage of the changes he is promoting.  He also claims that the main reason he voted against immigration reform bills was the fact that they didn’t do enough.  Although he doesn’t expand on what should be done.