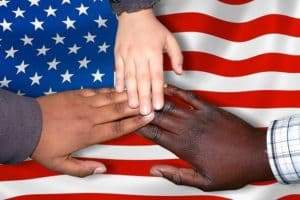 While the administration has voiced its ongoing support for DACA, the undocumented families of DREAMers and others face a less certain future under recent Trump immigration policies. The most recent Trump immigration enforcement tactics focus on immigrant families. First, immigration advocates are seeing an increasing number of “collateral arrests” during immigration actions (such as raids or home arrests). Moreover, the Trump administration has announced that it is focusing on parents who pay a smuggler (or “coyote”) to take their children into the United States.

What Is an Immigration Enforcement Action?

Immigration and Customs Enforcement (ICE) is the federal agency that is responsible for domestic immigration enforcement. ICE uses a variety of enforcement tactics, including:

Even if an enforcement action is specifically targeting one person, ICE can make collateral arrests when they discover other undocumented people (such as family members) at a home or business. These are frequently referred to as “collateral arrests.”

What Should I Do During an Immigration Enforcement Action?

First of all, you should remain silent until your lawyer is present. Frequently, ICE agents try to get information about your identity, immigration status, and how you arrived in the United States. Before you answer any questions, contact your immigration lawyer. Consider keeping your lawyer’s phone number on your phone or his or her business card in your wallet. In an emergency, you’ll be able to quickly contact your lawyer. You can also take advantage of our Safe Card (see images). For more information on how to get your own Safe Card, contact our office today.

Second, unless the agent has a judicial search warrant, do not open your door. However, if the agents enter your home or business, you should never resist arrest or run away from an ICE agent. While you should remain silent, it is best to remain calm. And, never provide false information or identity documents to an agent.

Finally, ICE may pressure you to sign documents during an arrest or raid — including voluntary departure documents. You should never sign these documents before you speak with your immigration lawyer.

Under new policies, undocumented parents and family members face deportation and criminal smuggling charges. Trump immigration policies have encouraged an increase in collateral arrests. During a house arrest, ICE agents may actively search for other undocumented immigrants within the home. This puts entire families at risk of deportation and separation.

Furthermore, the Trump administration recently announced that it plans to prosecute parents who hire smugglers or “coyotes” to bring their children across the border. For decades, immigrant parents have paid to have their children transported to the United States. While the dangers involved in child smuggling are well-documented, many parents are willing to take the risk to reunite their family and provide increased safety and opportunities for their children. Historically, ICE focused its attention on the coyotes, not the undocumented parents.

When an undocumented, unaccompanied child is apprehended by ICE, it begins the deportation process. In the past, the smuggler was prosecuted (when possible), and the child was delivered to family members living the in the United States. During the lengthy deportation process, the child would remain with his or her family or caregivers. These new Trump immigration policies are broader and ICE is now actively targeting the parents who hire the smuggler.

An immigration arrest can separate you from your family for an extended period of time. Studies have shown that an immigrant parent’s detention or deportation can cause serious harm to their family — including decreased household income, homelessness, and emotional trauma. For this reason, it’s in your best interest to create a proactive immigration emergency plan for your family.

Unfortunately, Trump immigration policies are constantly changing. At Andres Mejer Law, we constantly monitor this administration’s policies concerning immigration enforcement, DACA, and other important issues. If you have questions about your rights, contact us for a free and confidential assessment. We also help families prepare comprehensive emergency plans.