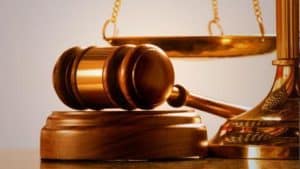 On Wednesday, President Donald Trump signed two executive orders that make good on his threat to crack down on immigration and border security. The orders call for, among other things, the building of a wall along the Mexican border, and a push to increase deportations and immigration enforcement. The biggest portions of Trump executive orders on immigration include:

The full text of the immigration and border control executive orders is available on the White House’s website. We will continue to monitor the implications of these executive orders.

Construction of the Wall

Perhaps the most publicized part of Trump executive orders on immigration is the order to construct the wall on the Mexican border. The order states that the Department of Homeland Security (DHS) should begin to “immediately plan, design, and construct a physical wall along the southern border.” However, extensive barriers already exist along the border, and in 2008, Congress recognized that additional physical barriers are neither necessary nor feasible.

Building the wall would be extremely expensive. According to the Fiscal Year 2017 Department of Homeland Security budget, the government already spends $274 million on border fence maintenance. The government could potentially triple that amount in order to build more fencing.

While Mr. Trump has insisted that Mexico will pay for the wall, it is uncertain how this will be accomplished. The president of Mexico canceled his trip to meet with Mr. Trump today, due to this executive order and other statements.

Federal border agencies have not asked for a wall. Not only would a wall be expensive, isn’t even necessary, according to the National Border Patrol Council. The wall involves unnecessary complications and additional problems. Most importantly, it is just not a smart or efficient use of resources.

However, hiring and training border and immigration agents can be an expensive and time-intensive process. It is unclear whether there are 15,000 qualified candidates that are immediately available. And, they would require extensive training before going into duty.

The interior security order also takes aim at sanctuary cities. Many people confuse the term “sanctuary city” with the idea they completely shield undocumented immigrants from federal law enforcement. This is inaccurate. Instead, sanctuary cities (and counties) have decided that they cannot devote financial resources to identifying and detaining undocumented workers who have not violated serious criminal laws. They also assert that the detention of law-abiding undocumented workers damages law enforcement’s ability to investigate crimes and protect their communities by eroding trust and rapport.

Mr. Trump’s executive order will strip federal grant money from those sanctuary cities. However, sanctuary cities contribute to the safety of our communities. Importantly, some state and city officials (including some in New Jersey and New York) have indicated that they will continue to operate as sanctuary cities and are considering legal action against the federal government.

Additionally, the detention of law-abiding immigrants may violate federal laws. Immigration Customs and Enforcement (ICE) and DHS use immigration detainers to identify potentially deportable individuals housed in jails nationwide. Under federal law, an individual cannot be held on a detainer for longer than 48 hours, excluding weekends and holidays. If the ICE does not take custody within the 48 hours, the detainer automatically lapses.

Courts have found that cities and states that improperly detain an undocumented immigrant violate the Fourth Amendment. If a person is detained beyond the legal time period, he or she has the right to file a habeas petition to challenge the continued detention. Unfortunately, not many detainees are aware of their legal options. (It is important to contact an experienced NJ immigration lawyer if you or a loved one are detained for immigration purposes.)

This part of the executive order is likely to face legal challenges from civil liberties and immigrant rights advocates, who have long argued that the government’s approach to handling immigration cases violates due process.

Trump executive orders on immigration will have a great impact on undocumented immigrants currently living the U.S. At Andres Mejer Law, we will continue to defend the rights of immigrants. To speak to a qualified immigration lawyer about your status and for potential solutions to these problems, call today at 888-267-2523.