Not all attorneys are equal. Who you hire matters. Choose Wisely.

Not all attorneys are equal. Who you hire matters. Choose Wisely. 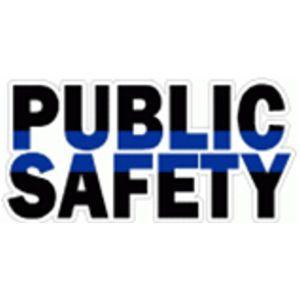 Germain J. hired an attorney years ago to file for Temporary Protected Status by filing Form I-821.  This New York attorney had Germain sign Form I-821 before he even filled out the form.  His assistant called him on the phone, asked him some questions, and then sent mailed the form.

This New York attorney never asked him if he had been arrested.  Had he asked, he would have learned that Germain doesn’t qualify for Temporary Protected Status.  Not only was the application denied, but Germain was arrested and placed in removal proceedings.  The attorney then went with him to court.  At the first court appearance, this attorney admitted that Germain was convicted of a Crime of Moral Turpitude.  She proceeded to apply for Withholding of Removal, which at best would get him work authorization. Germain has a U.S. citizen daughter.  Thus, he could have filed for Cancellation of Removal which if succesful would get him a green card.  He may not have succeeded since the standard is very high but he would have enjoyed work authorization shortly after filing the Cancellation of Removal petition.  Instead, four years later he is still undocumented and waiting for a resolution to his case.

In the meantime we filed a Freedom of Information Act request.  We requested all the documents that Immigration Services had on Germain.  We received a copy of each application, correspondence, and court order.  It was hard to believe that what happened was done by an attorney.  There were three key mistakes made:

Thankfully for Germain, the first immigration judge assigned to the case didn’t think both of Germain’s crimes were crimes of moral turpitude.  So he instructed the parties to brief the issue.  Although, he was reassigned and never decided the issued, this it corrected the attorney’s admission.

We recently appeared on behalf of Germain and reviewed the case with the new Judge.  We helped Germain’s daughter file an immediate relative petition on his behalf.  Once that is approved, we will look to close the removal proceedings.  Because there is no ruling on whether the crimes are Crimes of Moral Turpitude, we will file for adjustment of status and a waiver to forgive any affect the crimes may have on whether Germain is a good and moral person.  Since it has been over 15 years since the crimes occurred, we only have to show that Germain is rehabilitated.

We can’t change that Germain has had to pay thousands of dollars to defend himself from deportation due to the malpractice of his prior attorney.  All we can do and is close the case and get him his much deserved green card as quickly as possible.

If you find yourself with an immigration challenge, think twice whether you should 1) hire an immigration attorney; and 2) who you hire.  Your future may depend on making the right choice to these two questions.