Is the trend of Mexican immigration reversing?

Is the trend of Mexican immigration reversing? 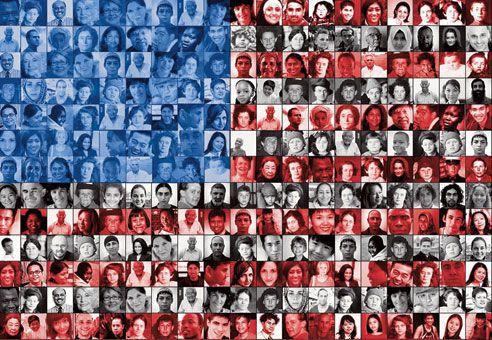 What does the research show?

Many scholars believe that the mass immigration of Mexican nationals peaked in 2007, and that it has been decreasing and leveling off in the years since. There is a large amount of data to show this trend to be true, but the data also reveals an interesting new trend.  Not only are less and less people coming to the United States from Mexico, but now there is a large amount of people that are going back to Mexico from the United States.

It is estimated that between 2009 and 2014 870,000 Mexican nationals came to the United States, while 1 million returned to Mexico.  While this number may of course be skewed by the fact that it can be hard to predict exactly how many people come to a nation undocumented, it is safe to say that there are currently more Mexican nationals leaving the United States than entering it.

What does this mean for the U.S.?

With this exodus from the United States beginning, and with the true scope unknown, what changes might we see in our everyday life?  If this migration continues we could lose a large amount of our workforce.  While the stereotype of the hardworking Mexican is often outrageously exaggerated, it is true that a large portion of certain workforce is made up of Mexican immigrants. The prime example is the agricultural sector.  It is estimated that 30 percent of all agricultural workers over the age of 16 in the United States are from Mexico.  If we begin to see these workers move back to Mexico, we will see a large need for workers in these sectors.

There could also be a surge in the anti-immigrant ideology.  Meaning more politicians talking like Donald Trump about building walls and deporting everyone.  If this translates into actual policy, it would be harder for people to immigrate to the United States, and it may also become harder to remain in the United States, especially if we see more assets focused on deportation.

What can you do?

Whether Mexicans immigrants are coming or leaving, if you are here there are things you need to do to protect your rights. But you must act now.  If you are not already a citizen of the United States, there is no time like the present to start the process. With the proper help and guidance you could easily be protected from whatever changes may be coming for the American immigration system.  We offer several different forms of assistance, whether it be our quick and easy guide to whether or not you qualify for legal status, or a personal consultation regarding your future as an American citizen.

If you are already a citizen of the United States, or if you currently hold a form of legal status, we encourage you to take advantage of one of our new programs, specifically designed to benefit and protect you and your family. Our SAFE and SECURE program allows those living in the area to take the steps necessary to ensure the safety and legal rights of their family.  This program is actually made up of two components, the SAFE program and the SECURE program.

The SAFE program is meant to protect you in any situation that falls within our practice areas, such as a DUI stop, a criminal matter, or contact with an immigration official. You are provided with an ID. card that, when presented to an officer, informs them that you are legally represented and refuse to answer any questions without your attorney present. It also highlights several of your other rights to make sure you don’t admit to something that can result in your arrest.

The SECURE program takes this a step further, but pertains mostly to cases of immigration detention.  The purpose of this program is to make sure that in the event immigration officers ever detain you, we have what we need to get you out of detention as quickly as possible.  Since we prepare everything before you are detained, once you are detained, we are in position to quickly act.  This reduces the stress your family to find necessary documents.  Not to mention the simple fact that your family knows what to do when the worst happens.

If you are interested in either of these programs, you can: