Could Border Security be the Answer to Immigration Reform

Could Border Security be the Answer to Immigration Reform 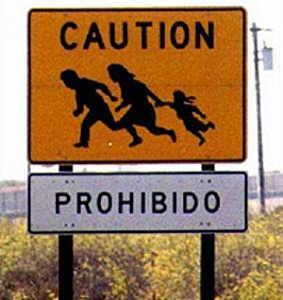 According to a recent Washington Post article, fewer immigrants are coming to this country illegally. The article states that in 2007, there were 12.2 million undocumented immigrants in the United States and that in 2015 this number has decreased by 1 million. This poses an interesting question, does this actually mean there is a decrease in the amount of undocumented immigrants in this country, or do we simply know about a smaller number of them?

Apprehension rates at the border are increasing

Due to recent advancements in technology, as well as the ever-increasing amount of border security, it is becoming harder and harder to cross the border illegally. This is not to say it cannot be done, but it is less likely to be attempted successfully. The article mentions a family who is living in the country illegally, and an uncle of the family who has attempted several times to enter the country. Each time he has been detained and deported, and this has discouraged him from trying again. This one example shows that because it is becoming harder and harder to enter the country illegally, less people are trying.

Illegal Immigrants are getting older

An overlooked consequence of the success of border apprehension is that our undocumented immigrants are older. More precisely, they are 35 or older; ;whereas historically they were in their 20’s. The reason is simple, less people are returning to their country. They know they will have a hard time coming back, so they don’t leave unless they don’t intend to return to the U.S.

Despite economic growth illegal entry is still going down

Another overlooked fact, is that despite the growth of our economy, illegal immigration has continued to decrease. Historically, the opposite was true. The better our economy, the more illegal immigrants tried to enter the U.S. We are now seeing our economy grow but we are not seeing the growth of illegal immigrants, as we would normally expect. If this is true, it makes Congress’ job easier. It shows that border security can work. While they of course still need to worry about the undocumented immigrants living in the United States, they no longer have to worry about the future flow of illegal immigrants. They would still need to focus on visa overstays, but those immigrants are undocumented, not illegal. Congress can instead focus on helping the ones that are here now achieve citizenship, and making it easier for those who come to this country legally to stay here. All of this is of course assuming that we continue to see drop in the number of illegal immigrants entering the U.S.