Is ICE really losing in court? Are deportations going down?

Is ICE really losing in court? Are deportations going down? 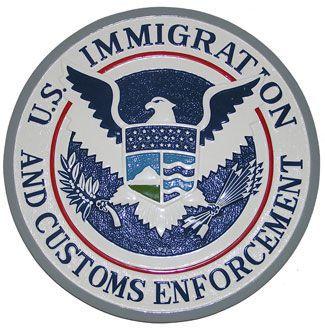 This is the absolutely wrong question to ask. It completely distorts the issue, but this has been a frequent headline recently. The Obama administration has deported nearly 2 million people so far, and it still has two years left to go. These are record numbers. So how can the Washington Post have gotten it wrong? The Washington Post and other news organizations focused only the rate of removal orders issued by immigration judges and concluded immigrants are winning. Unfortunately, that isn’t accurate.

The simple fact is the majority of immigrants deported from the U.S. never see an immigration judge. Rather the Department of Homeland Security (DHS) summarily deports people by either expedited removal or reinstatement of removal. Expedited removal, occurs near the border and is used against non-citizens who DHS believes lack authorization to enter the U.S. Whereas, reinstatement of removal applies to non-citizens who return illegally to the U.S. after having previously been deported. In both of these situations, a DHS officer, typically without formal legal training, decides whether a person will be deported without any hearing or any meaningful opportunity for that person to contest their deportation. Non-citizens deported by either of these two means have very few legal rights and very little chance of having their deportation halted.

As we pointed out in a prior article, according to U.S. Immigration and Customs Enforcement (ICE), a total of 368,644 people were deported in 2013. Of those 101,000 (27 percent) were removed by expedited removal and another 159,624 (43 percent) via reinstatement of removal. In other words, over 70% of people deported by ICE last year never came before an immigration judge. The prior year was much of the same. In 2012 DHS reports that of the 419,000 people deported, 163,000 (39 percent) were expedited proceedings and 149,000 (36 percent) by reinstatement of removal. That means 75% never saw an immigration judge in 2012. The Washington Posts and similar articles miss the point that the overwhelming numbers of deportees never see an Immigration Judge.

These numbers also highlight the inconsistency in our legal system. We have a criminal justice system that gives defendants basic legal rights, and an immigration justice system that doesn’t. In the immigration system, not only are most non-citizens deprived of an opportunity to appear before an immigration judge, but even those who do have little of the protections we recognize a public defender, speedy trials, and an opportunity to request bond (bail). Rather than asking whether ICE is successful in immigration court, we should be asking why so few non-citizens have the basic due process rights we enjoy in our criminal justice system.

If you or a loved one is facing removal you need a qualified immigration attorney to defend you. Call 888-695-6169 and speak to our knowledgeble staff today.