If you are in removal proceedings we can help you stay in the U.S.

If you are in removal proceedings we can help you stay in the U.S. 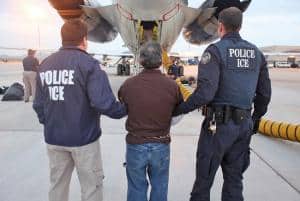 Are you in removal proceedings or have an order of removal? Do you want to stay in the U.S. with your family?
We may be able to help.On November 20, 2014, President Obama signed an Executive Order expanding Deferred Action for Childhood Arrivals (DACA) and creating Deferred Action for Parental Accountability (DAPA).  On February 16, 2014 on the eve of the DACA implementation, Judge Andrew Hanen of the Texas Federal District Court temporarily stopped the implementation of the program.  I have written about this program and Judge Hanen’s decision extensively.The important point is Judge Hanen only has authority in the fifth circuit, which is to say Texas.  His maximum reach would be to all 26 states who filed suit in Texas.  New Jersey was not one of the 26 states. So why can’t New Jersey residents file for Deferred Action?  That is what we want a New Jersey Federal Judge to consider.We are looking for potential plaintiffs to litigate in the Federal Court of New Jersey.  We want a New Jersey Judge to decide whether you New Jersey is bound by a Texas decision, which ordinarily has no effect outside of a federal district.

Why someone who is in removal proceedings?

To file a lawsuit in federal court and say you are undocumented is to but a bull’s-eye on your head.  There is no point putting you at a risk unnecessarily.  For those who are already in removal proceedings, they have a lot less to loose.  You are already in removal proceedings.  If you do nothing you will be removed from the U.S.  Now you may qualify for other forms of relief, and we can help you with that if you need it.  However, if you only basis to stay in the U.S. would be DACA or DAPA you are the person we are looking for.

DACA or DAPA would give you protection from removal.  It would likely close your removal hearing and give you work authorization.  As long as you satisfied the requirements of the program you would be allowed to stay in the U.S. with your family.

What if you already have an order of removal?

If you have already been ordered removed from the U.S., you are also a good candidate for this lawsuit.  But you must weigh the risk.  If immigration doesn’t know where you are, you can stay until they find you.  Don’t forget, that immigration can remove you for any reason.  You already have an order of removal.  If they immigration picks you up tomorrow, between one to three weeks you will be shipped out of the U.S., likely never having seen an Immigration Judge.

If you have an order of supervision, then you truly have nothing to lose.  You already have an order of removal and immigration knows where you are.  If you do nothing, at some point you will be required to leave.  You must fight for your right to stay here.

What are the requirements for DACA 2014?

What are the requirements for DAPA 2014?

You may qualify for some alternative relief, you can find out at www.QualifyForLegalStatus.com, we can certainly help you with that.  For this litigation we are looking for people with few options and want to fight for their right to stay in the U.S. with their families.

Contact us today to participate in this litigation. You may be able to stay in the U.S.

We help immigrants, one litigation at a time.