Don’t be a Victim of Fraud. If Someone is Making you Outrageous Promises, get a Second Opinion. 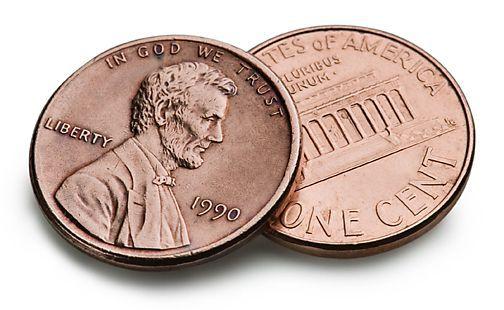 You pay me $25,000 and in three months I will get you work authorization.  If you ask how, this Newark Attorney told his potential clients, “let me worry about the law you just worry about getting the money so I can help you as soon as possible.”

I heard this twice from two different Andres Mejer Law clients in just the last couple of months.  They both asked some version of can I do it? How can I do it? And of course, will I do it for less than 25k?

What this Newark Immigration Attorney was going to do, but failed to explain, was file an affirmative Asylum petition.  If the petition is not heard timely, and it rarely is now a days, they can apply for work authorization until the matter is heard.  That takes a minimum of six months after the petition was filed.  Then another two to three months for the work authorization to be granted.  Of course, that is only if the client had filed within one year of entering the U.S.  This was not the case for either client.  Newark Attorney simply lied! No way either client was getting work autorization in three months.

Neither client had a good claim!  The petition would have been denied, in one or two years, and then they would have been placed in removal proceedings.  This was the goal all along.  They have ZERO chance at Asylum and they faced a possible finding that the Asylum claim was frivoulous.  They have a very weak case for Withholding of Removal or Convention against Torture.  But that doesn’t get them work authorization until after the hearing.  What they had is a very expensive legal fee to be followed by future large legal fees to defend the removal proceedings.

Here is the kicker.  If this Newark Immigration Attorney had bothered to do a thorough intake on both clients, he would have learned that both qualify for a U-Visa!  You can find details of how to get U-Visa on this page.  The attorney didn’t care to ask.  He might have done so at the removal stage.  But that is only after they paid $25,000 and then a second large legal fee to defend them.

Well, I believe in giving my clients the best chance possible today.  Not 3-4 years from now.

I can get them work authorization.  It won’t be in three months.  Immigration does very little lately in less than four to six months.  That really isn’t the point.  No one can guarantee what USCIS will do.

My family was the victim of fraud. We too bought into one of these slick salesmen that made promises but failed to deliver.  The difference was, in my day there actually was a specific legal path created for undocumented immigrants to achieve legal status.  It was amnesty. Our  representative either didn’t know it or was too busy taking money from the next person to file our application.

I believe in educating my clients about their options.  Letting them chose the option they feel more comfortable with.  That way I can sleep at night.  Once my clients make a choice, we develop a game plan to achieve legal status, and implement that plan.  I don’t guarantee what USCIS will do.  I can only guarantee what I can do.

Here is what I told them:  You have two paths available to you:

What would you choose?  The first option, which is the expensive trial that only helps you or the second option that is cheaper, higher chance of success, and benefits your entire immediate family even if they are not in the U.S?

The choice is obvious.  But this Newark Immigration Attorney never gave them the choice!

Both clients hired me for the second option.  Here is the thing.  If they had the $25,000 they would have hired the Newark Immigration Attorney.  They were that desperate!

If you too have been made a promise that is too good to be true, call 888-695-6169 bring all your documents and let’s evaluate your options.  You deserve peace of mind.  Call us NOW to get started.

Concerned About Deportation? Watch This. If you are an immigrant, especially one who does not have legal status, you are END_OF_DOCUMENT_TOKEN_TO_BE_REPLACED