ICE officer accused of forging documents to deport a man

ICE officer accused of forging documents to deport a man 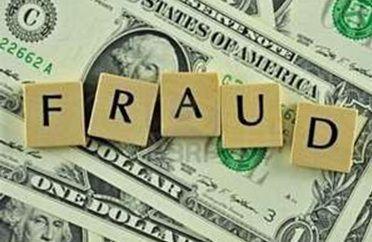 People are people.  Some will go out of their way to help you. Others will go out of their way to hurt you.  You have to be doubly concerned when a person has the ability to deport you, like certain Immigration and Customs Enforcement (ICE) officials.A recent lawsuit filed in the U.S. District Court of Seattle claims that an ICE official forged a document that cost Ignacio Lanuza-Torres years of unnecessary litigation.   Lanuza married to a U.S. citizen (immediate relative) filed to reopen his prior order of removal, but in court the trial attorney (government’s immigration attorney) said he voluntarily gave up his right appear in court and challenge his removal when he was caught at the border in 2000. The trial attorney submitted a document showing that Lanuza was not in the U.S. the requisite 10 years for cancellation of removal that Lanuza allegedly signed.The complaint claims the document was a fake.  It was dated January 13, 2000 under Department of Homeland Security (DHS) stationary.  The problem is DHS didn’t exist yet!  It was created nearly two years later after the September 11 attacks!  The document was also signed by an officer that wasn’t working at the U.S.-Mexico border in 2000, but did process Lanuza in 2008.The allegations make it clear that someone at ICE forged the document.  Whether it was the trial attorney or another official is unclear.  But these are the lengths that some immigration officials will go to in order to deport someone. This time they got caught.  Who knows how many times they didn’t get caught.  How many lives this individual has destroyed?

How was this even caught? Lanuza swore he never filled out such a form.  His attorney believed him and did his research.  They fought the allegations for years and ultimately succeeded.  Lanuza paid thousands of dollars to prove something was not true.  If Lanuza didn’t have an attorney, or the finances to pay for one, he likely wouldn’t be in the U.S. today.

Motion’s to reopen are never simple.  Generally, only an attorney can appear in immigration court.  What should have been a routine petition became years of unnecessary litigation.  At least he got to stay in the U.S. during those years.  Tim, whom I discussed in this prior article, went to an immigration consultant who advised him not to file a motion to reopen and suggested his wife life the U.S. first.  At least Lanuza got good advice and a good result.

If you are in removal hearings, don’t wait call our knowledgeable staff today at 888-695-6169 or use the contact form or live chat on this page to get started right away.