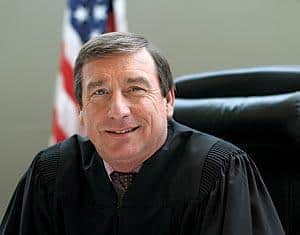 On Thursday January 15, 2015, U.S. District Judge Andrew Hanen heard oral argument on a challenge to two of President Obama’s initiatives that he announced on November 20, 2014.

Both programs give their recipients protection from deportation for three years, employment authorization, and the ability to apply for a social security number and a state issued driver’s license.

What the States are really saying is that the President has exceeded the scope of his authority by creating the DACA and DAPA programs.

I disagree.  What the President has done is consistent with precedent and what prior administrations have done.  The only question is the sheer number of people it can help, but there is no legal basis to find something unconstitutional based on numbers alone.  When you consider percentages, what the President has done is consistent with prior administrations, there were just fewer people affected.  I am confident that Executive Action will be upheld as a proper exercise of the President’s authority, but the case has to go through the process.

January 15, 2015, hearing focused on the State’s request for a preliminary injunction.  The States are arguing that if the Court doesn’t immediately stop the implementation of the DACA and DAPA programs by the time they ultimately win it won’t matter.  To get an injunction (Stop the government from implementing the program) the States must show:

The States have a problem with the first two elements.  The first means that they have a good chance of winning the overall case.  That is highly unlikely in my opinion.  The second is that the States will be irreparably harmed if the injunction is granted.  Here also they have a problem.  They have a hard time showing that giving undocumented immigrants work authorization and protection from deportation will harm the States.  Prior law already requires states to educate all kids regardless of immigration status.  Undocumented immigrants don’t get public benefits under this program.  So then where is the harm to the states caused by this program?  They really can’t articulate it.  For those two reasons alone they are likely to fail to get the injunction.

Judge Hanen didn’t make a decision on January 15, 2015.  The judge gave the government until January 30, 2015, to submit an additional brief.  We expect the Judge’s decision shortly thereafter, probably the first week of February.  It remains to be seen what Judge Hanen will do.  Irrespective of his decision–in favor of the Government or in favor of the States–his decision will be appealed to the Fifth Circuit.

If you have any questions about this case or DACA or DAPA programs generally you can,

We help immigrants, one court case at a time.

Concerned About Deportation? Watch This. If you are an immigrant, especially one who does not have legal status, you are END_OF_DOCUMENT_TOKEN_TO_BE_REPLACED