DACA Program – The Consequences of Not Taking Action 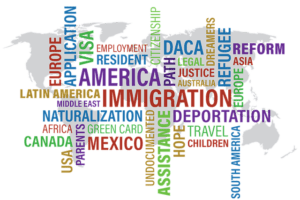 As of September 5, 2017, the popular DACA program is winding down. While there is speculation that Congress will pass new laws protecting young immigrants, nothing is guaranteed. At Andres Mejer Law, we want young immigrants to be prepared. This article explains what will happen once your DACA permit expires.

What Is Happening to the DACA Program?

In 2012, President Obama created the Deferred Action for Childhood Arrivals (DACA) program after Congress failed to pass the DREAM Act. The DACA program does not offer a path to citizenship or legal permanent residency. Instead, it:

The DACA program is now coming to an end. U.S. Citizenship and Immigration Services (USCIS) stopped accepting new DACA applications on September 5, 2017. If USCIS had your DACA application on September 5, 2017, it will still process it and make a case-by-case determination of your DACA eligibility. USCIS will also stop accepting DACA renewals on  October 5, 2017. After that date, the federal government will honor your DACA permit until it expires.

What Should DREAMers Do Now?

First, all DACA recipients should check their current Employment Authorization Card’s expiration date (located near the bottom right corner of your card). The USCIS will stop accepting DACA renewals on October 5, 2017. If your DACA permit expires by March 5, 2018, you should renew it immediately. This will hopefully extend your legal status until Congress agrees on a DACA or DREAM Act.

Prepare for the End of the DACA Program

Once your DACA permit expires, you will revert back to an undocumented status. Therefore, it’s important that young immigrants create an immigration plan and speak with an experienced immigration lawyer.  Your lawyer can help you protect your family if you are arrested or deported– and you might discover that you are eligible for a visa under current immigration laws. Additionally, a lawyer can educate you about legal self-defense rights (in case you are detained after your DACA permit expires).

Advocate for a Permanent Solution for DREAMers

The DREAMers’ fate is now in Congress’ hands. Immigration advocates are encouraging the federal legislature to pass a DACA or DREAM Act. As a young immigrant, you should consider contacting your representatives in Congress. By sharing your story, you help humanize the DACA issue and demonstrate the value young immigrants bring to our country.

What Happens If I Don’t Renew My DACA Permit?

If your DACA permit expires after March 5, 2018, or you miss the October 5, 2017 renewal deadline, your DACA protections will end on the date listed on your Employment Authorization Card. This means that, once your permit expires,

It is unlikely that Immigration and Customs Enforcement (ICE) will attempt a mass deportation of DACA recipients once their permits expire. In fact, USCIS has reported that it will not share DACA recipients information with ICE unless they commit a crime or are a threat to national security. However, once DACA ends, you are at risk of deportation if you are caught in an ICE raid or are arrested.

Can My Employer Fire Me Because of DACA?

Can I Leave the United States on Vacation or to Visit Family?

Learn More About Your Rights Under the DACA Program

If you have questions about the DACA program, contact Andres Mejer Law immediately. We can help you file a timely renewal, prepare for your future, and protect your family. As fellow immigrants, Andres Mejer and his team understand how overwhelming the immigration process can be. We’re here to help.

Concerned About Deportation? Watch This. If you are an immigrant, especially one who does not have legal status, you are END_OF_DOCUMENT_TOKEN_TO_BE_REPLACED