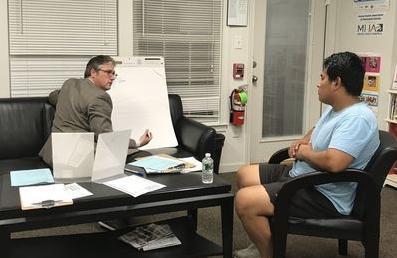 Mejer labeled ways 20-year-old Daniel Cabrera could gain legal status instead of Deferred Action for Childhood Arrivals. Not because he didn’t want to renew, but because his last two applications were denied.

Dozens of DACA recipients – immigrants who entered the country illegally as children – in central New Jersey rushed to renew ahead of the Trump administration’s Oct. 5 deadline, lawyers and community leaders said. But those advocates are seeing a lag in renewals and low turnout for local clinics offering pro bono services. Some like Cabrera show up only to learn they no longer qualify for the Obama-era program.

“We had everything ready to do it,” said Luz Velasquez of the Red Bank Resource Network, which held a renewal clinic last week with pro bono services by Mejer. “Five people or so arrived, but mostly they had questions about DACA.”