Avoided Jail for driving on Suspended License because of DUI

The Immigration Consequences of Driving Without A License and Being Convicted With A DUI
DISCLAIMER: The results are specific to the facts and legal circumstances of each of the clients’ cases and should not be used to form an expectation that the same results could be obtained for other clients in similar matters without reference to the specific factual and legal circumstances of each client’s case. 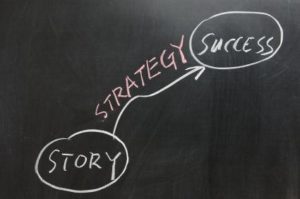 If you are convicted of a DUI (N.J.S. 39:4-50) your license will be suspended for a period of three months to as much as 10 years, depending on the violation and any prior convictions.  So what happens if during that suspension period you are pulled over and charged with driving with a suspended license in violation of N.J.S. 39:3-40?  This subject’s you to enhanced penalties, a conviction will result in:

Driving with a suspened license because of a DUI since August 2011 can result in a fourth degree offense if you have been convicted of :

The penalties can be severe.  You can be subject to a $10,000 fine and minimum six months in jail and maximum 18 months!  This is very serious.

Vidal could have face an indictable charge

This was Vidal’s problem.  He believes he was convicted of two DUI’s in violation of N.J.S. 39:4-50.  His license was suspended for two years.  During that two year period he was charged with driving with a suspended license in Howell Municipal Court.  He was scared.  If he was convicted not only would he have immigration consequences but he had a real risk of being deported.

We specializes in helping immigrants overcome immigration challenges.  We ordered and reviewed the discovery.  The State could show that he was only convicted of a single DUI.  The maximum suspension would have one year and that year had already passed.  Despite not being able to get a N.J. license, undocumented immigrants can’t get a N.J. license, we argued that he shouldn’t be subject to mandatory penalties.

We didn’t represent him in his prior DUI.  If we had, we likely would have avoided the need to install an interlock ignition device on a vehicle he owns or has access to.  Well, as undocumented individual Vidal can’t own and register a vehicle and neither can anyone in his household.  That means that his license isn’t “restorable” until he satisfies that requirement.  We usually avoid that consequence, if we don’t beat the DUI outright.  Clearly, the attorney he hired before didn’t do that good a job.

In Howell, not only did he avoid jail time.  His charge for driving with a suspended license was amended to driving without a N.J. license. There was no jail time for him.  His fine was less than the bail he paid.  Vidal was convinced he was going to jail.  He was ecstatic with these results.

If you are facing serious immigration or legal consequences in municipal court in Monmouth or Ocean County, don’t despair.  You can