What if the next president doesn’t support deferred action?

What if the next president doesn’t support deferred action? 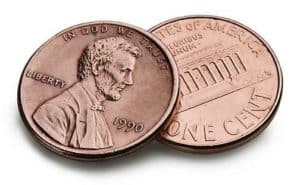 Let me start with the current circumstances.  President Obama created DACA, renewed DACA, and now has created another category of Deferred Action called DAPA.  It is one of his few signature achievements and he will not do anything to undo it.  Even though the Republicans have a majority in both the House and the Senate, they don’t have a veto proof majority.  That means they need the President to sign their bills into law. The President will not sign a law that undoes his DACA or DAPA program.

The Republicans have also filed lawsuits trying to stop DACA and DAPA.  They did the same thing for DACA in 2012.  Those lawsuits were unsuccessful.  I haven’t seen any new arguments raised in this round of lawsuits.  Just arguing the scale is greater then prior Executive Action is not a winning argument.  As I argued in prior posts, I expect the program to be upheld by the courts.

The better question is what happens in 2018-2019 when there will be a new President.  Remember, that you can apply in for DACA and DAPA in 2015 and will get approval close to the end of the year and will last for three years.  In 2016 we will have Presidential elections and President Obama can’t run again.  Whomever the new President will be, he or she will have over two years to form a policy on how to handle President Obama’s Executive Action.

In a Town Hall meeting in September, President Obama answered this very question.  What he essentially said was look we can’t deport 11 million people and it would be foolish to try.  Our courts can’t handle that volume.  It would destroy our economy and our communities.  So what we are really asking  is “are we going to deport the people who did the right thing?”  Are we going to deport those that applied for DACA or DAPA, registered and paid their taxes, worked legally, and successfully completed a background test just because we now have their address?  Are those the people we are going to deport?  He went on to say “the American people support allowing them to stay.  Any future administration that tried to punish people for doing the right thing WOULD NOT have the support of the American people.”

In other words, Presidents are politicians. They are subject to the will of the people.  Any President that so thoroughly alienates the immigration community will likely not stay as President.  Even if he or she could deport the immigrants who did the RIGHT thing, it would devastate our country and likely ensure that the President doesn’t get re-elected.  Presidents, like people, act in their own self-interests.  It wouldn’t be in the President’s self-interest to deport the millions who will recieve Deferred Action.

This is a historic opportunity to get protection from deportation, today.  The future is never certain.  I don’t know what tomorrow holds.  I can only say that today you have an opportunity for a better future for you and for your kids.  Work authorization and a social security card will change your life.  It will be a life with less fear.  Where you can,

Life is full of choices.  This is one of them.  You can continue to live your life the way you are today.  Or you can take a chance for better tomorrow.  I know what I would do.  Do you?

If you have any questions about the DACA or DAPA programs or immigration law in general, you can: