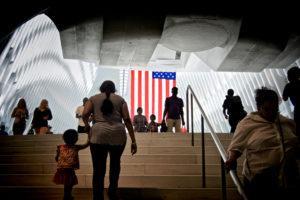 Although he previously stated that DREAMers could “rest easy,” President Trump ends DACA this month. Created by an executive order in 2012, DACA (Deferred Action for Childhood Arrivals) protects roughly 800,000 young, undocumented workers from deportation. Now, these young people are reeling from the announcement. Learn more about DACA’s termination – and what you can do – below.

What Does the End of DACA Mean for Young Immigrants?

The Trump Administration does not plan to immediately revoke anyone’s DACA status. Instead, it will slowly phase the program out. While the Department of Homeland Security (DHS) will not accept new DACA applications after September 5, 2017, you can still renew your existing DACA permit until October 5, 2017. Under the current policies, some DACA recipients will retain their legal status until the expiration of their two year period.

Over the past five years, DACA recipients have attended college, found jobs, and contributed to American society. Now, these hardworking immigrants face significant uncertainty. Without DACA’s protections, they might lose their jobs and financial aid for college, and even face deportation. Immigration and Customs Enforcement (ICE) will continue to prioritize the deportation of people with criminal records, those who re-enter the United States illegally, and people with standing final orders of removal. However, when Trump ends DACA, ICE agents will decide on a case-by-case basis whether to initiate deportation proceedings for former DACA recipients. If you believe you or your family may be affected by Mr. Trump’s decision, it is important to reach out to an immigration attorney to discuss your options as soon as possible.

What Does the End of DACA Mean for the United States?

In part, Mr. Trump decided to end DACA because ten conservative state attorneys had threatened to challenge the executive order’s constitutionality in federal court. However, Mr. Trump has previously made repeated campaign promises that he would end the popular program. His decision reflects the anti-immigration, “America First” message of his campaign and should please his hard-line supporters.

Regardless, the DACA program itself has broad, bipartisan support. The majority of Americans recognize that punishing undocumented children – most of whom proudly identify as American – is shortsighted and cruel. And, studies estimate that when Trump ends DACA, the U.S. will experience massive economic losses, including over a $460 million drop in the US’ gross domestic product and an almost $25 billion loss in Social Security and Medicare contributions. For this reason, many corporations and CEO’s (including Apple, Facebook, JPMorgan Chase, and Facebook) have strongly condemned the president’s decision to terminate DACA. President Obama and many politicians have also criticized Mr. Trump’s decision.

Will Congress Pass Something Like the DREAM Act or a DACA Act?

Many Republican politicians argued that DACA was unconstitutional and all immigration policy should come from the legislature. Mr. Trump may himself agree, since just hours after his decision, he asked Congress to find a legislative solution for the young immigrants that are now in limbo. Mr. Trump encouraged Congress via Twitter to “legalize DACA.”

Currently, there are a series of proposals in Congress, including:

The decision to terminate DACA is also facing legal challenges. On September 6, 2017, fifteen states and the District of Columbia filed a federal lawsuit in an attempt to stop Mr. Trump. The lawsuit argues that DACA’s termination aims to punish Latinos and would harm the state’s economies and other interests. Mr. Obama issued the DACA executive order because Congress’ previous attempts to reform the U.S. immigration process were unsuccessful. Some political pundits are skeptical that Congress will pass new immigration laws before Mr. Trump ends DACA. Because of this huge uncertainty, we urge you to reach out to immigration lawyer Andres Mejer to discuss your options. Time is of the essence to take action to preserve your legal status.

What Should I Do to Protect Myself for a Post-DACA Future?

Young immigrants and their loved ones must be prepared for when Trump ends DACA. It’s important that you:

Before Trump Ends DACA, Discuss Your Options with an Immigration Lawyer

As Mr. Trump ends DACA, you may face serious difficulties getting work, obtaining an education, or remaining in the United States. However, Andres Mejer Law can help you build a legal strategy that protects your immigration status and ensures your family’s stability. Because immigration law changes frequently, we can update you about any recent legal developments that impact you and your family. We will continue to monitor this legislation as well as any others in the coming months, and will provide updates as they become available. Contact us today to discuss you and your family’s best options.

Can you extend your stay if you are a non-immigrant? Absolutely! And we’re here to show you the right way END_OF_DOCUMENT_TOKEN_TO_BE_REPLACED